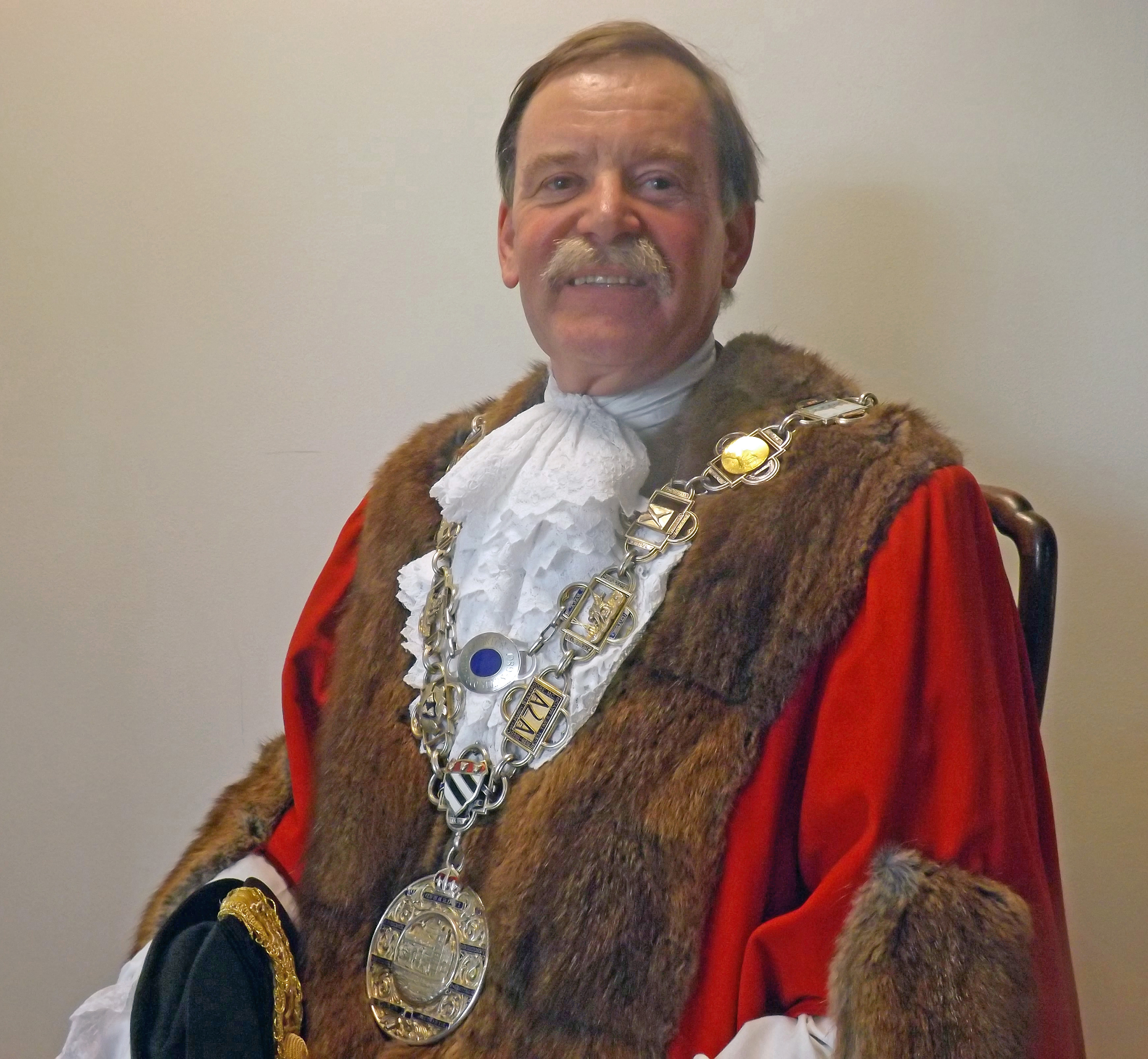 Shrewsbury has elected its new Mayor for the coming year, Councillor Miles Kenny.

The mayor-making ceremony, which was held at Theatre Severn, saw Councillor Kenny take over the role of civic leader from outgoing Mayor, Councillor Beverley Baker. His wife, Aurona, will support him as Mayoress.

Councillor Kenny, who has already served as Mayor to the former Shrewsbury & Atcham Borough Council in 2004-5, said he couldn’t wait to make a start raising funds for his two chosen charities; the Lingen Davies Cancer Appeal and Shrewsbury Ark.

He said: “Lingen Davies is our local cancer charity, founded by former Mayor Bernard Lingen and Frank Davies in 1979. It was then called the Cobalt Unit Appeal.

“In January this year an appeal was launched for a new state-of-the-art Linear Accelerator, an essential piece of equipment to ensure top quality cancer services here, in our town.

“My other charity is the Ark. We should all know about the Ark and the services it provides for the needy, especially the homeless. My aim is to improve weekend support, what we raise for the Ark I would like to see put towards achieving this.”

Councillor Kenny added that he would also use his mayoral year to continue to promote the town and its businesses.

Councillor Kenny will now be officially sworn in at a civic service held at St Chad’s Church on Sunday. [MAY 17]

The service will start at 10am and will be preceded by a parade from the castle to St Chad’s, departing at approximately 9.35am, by way of Castle Street, Pride Hill, Shoplatch, Bellstone, St. John’s Hill and St. Chad’s Terrace, led by the Shrewsbury Brass Band.

Members of the public are welcome to attend.

Following the church service the traditional Loving Cup ceremony will take place at which the Mayor will be invited to drink from the Loving Cup and toast the Queen and town. The congregation will then be invited to share the toast.