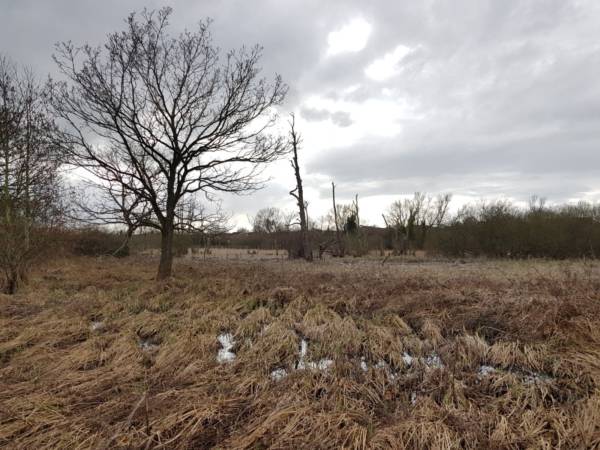 The Old River Bed is the Countryside Team’s 2nd largest site at 18Ha.  It is a Site of Special Scientific Interest (SSSI).  The site is classed as a fen wetland and it is this habitat that has gained the site its designation due to its regional and national rarity.

The majority of the site is a fen wetland. Woodland covers much of the steep bank on the east.  An area of annual wildflowers is sown each autumn on the corner of Hubert Way and Ellesmere Road. There is also an important hedgerow which screens the site from Hubert way and runs the entire length of the road (over 900metres).

Most of the site is dominated by lesser pond-sedge.  Other areas are dominated by common reed, great reedmace or water horsetail.  Other species include meadowsweet, soft rush and sharp-flowered rush, which are abundant, and less frequently, water, bottle sedge, brown sedge and marsh cinquefoil.  Reed Bunting, Sedge Warbler and Water Rail have been recorded here. It is likely to be a key site for amphibians and invertebrates because of the amount of water stored, and eels have been found in abundance in the ditches during winter. Management is based around trying to stop the advance of trees such as willow and alder from establishing and drying the site out. Large grazing animals such as longhorn cattle have been used in previous years, but they only had a minor impact on the tree growth. We are currently working on an exciting project to use Eurasian beaver to keep the trees at bay and create a patchwork of open water, wet woodland and reeds.

It is part of the former bed of the River Severn, which has been cut off from the main course of the river since the last glaciation. The wetland continues around to the west, towards the West Midlands Showground.

The Old River Bed lies in a cut off section of the old route of the River Severn, in north Shrewsbury.  It extends from the Ellesmere Road at its northern end, to the footpath to Greenfields in the south.  Hubert Way runs along the western edge, and the steep bank down from Mount Pleasant estate runs along the west.

There is no public access to the riverbed itself due to the delicate nature of the site and the dangers of the deep, soft bottomed wetland.  However there is a path along the top of the Old River Bed between Ellesmere Road and Onslow Drive.  The whole site can be walked along Hubert Way from the junction with Ellesmere Road and Greenfield recreation ground. 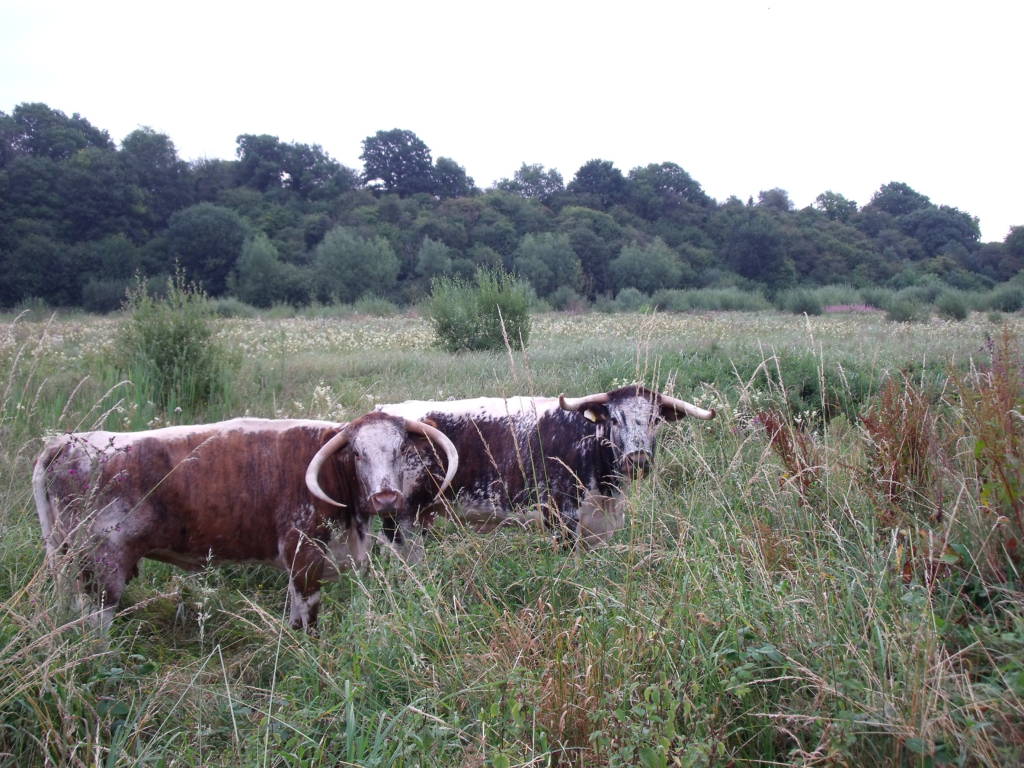