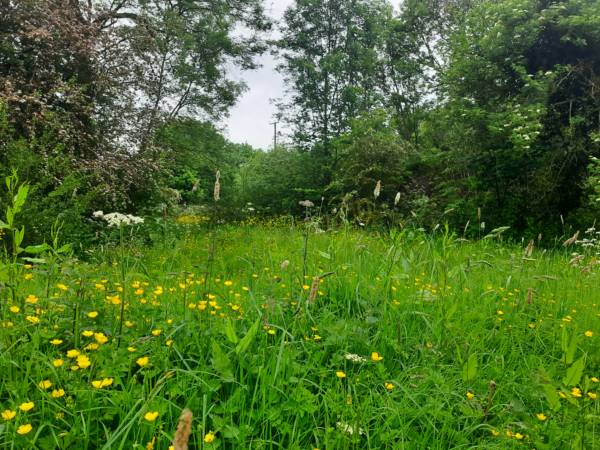 Doctor’s field Countryside site is 2.9Ha of Severn floodplain and is managed by Shrewsbury Town Councils Countryside team.  It is located off The Mount road and has a boundary with the river Severn to the north with the West Midlands Showground on the opposite bank.  The site forms part of the Shrewsbury town conservation area.

The site contains open grassland, blackthorn scrub and woodland. As the site floods when the River Severn is high, some of the grassland remains damp for many months of the year.  It is grazed during the summer by cattle which helps to keep the scrub at bay and maintains a mosaic of different successional stages.

There are numerous species records for the site, mostly for invertebrates.  Many species have been seen by Council staff or reported from site users including bullfinch, barn owl, badger and fox.

Doctor’s Field is so called as it was once part of the Darwin family estate at The Mount.  The estate was owned by Robert Darwin (a doctor) and it is likely that a young Charles Darwin spent time in the field and nurtured his love for the natural world there. There are rumours of the name going back further than this, to a time when medicinal plants were used regularly and the site harboured many of these. Doctor’s Field is adjoined by the Shropshire Wildlife Trust owned Darwin’s Garden, which is where a young Charles Darwin was sent each morning to walk and is known as “The thinking path” Darwin’s Childhood Garden | Shropshire Wildlife Trust

How to get there?

Pedestrian access can be gained from an alley off The Mount road which leads to a set of steps down to the eastern side of the site.  Access is also gained from kissing gates at both ends of the site alongside the river, this is part of a long distance walking route, the Severn Way.

The main riverside path is generally dry as long as the river is low.  The path can become soft underfoot during the winter, particularly during prolonged rain or after floods.  The informal grass path that joins onto the main path to create a loop around the site is generally drier due to its slightly higher elevation, but is still prone to flooding and prolonged rain.

The post code for The Mount is SY3 8PW.