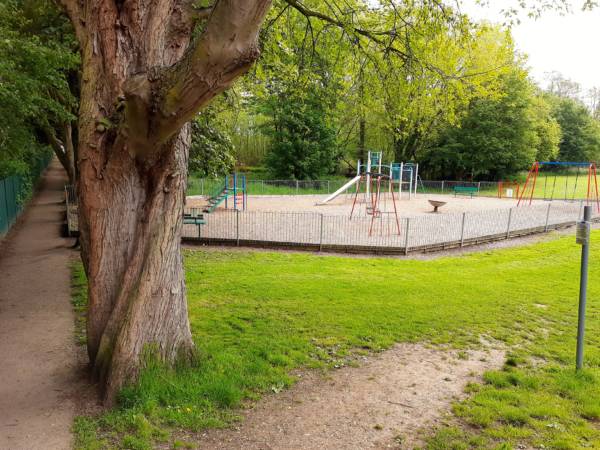 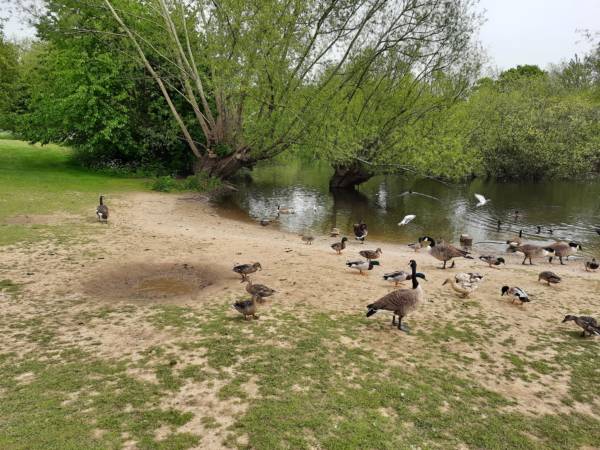 Springfield Mere Countryside site is 3.62Ha in size and sits within a larger area of Council owned land.  There is a play area, playing fields, a BMX track and basketball frames all nearby, along with a community centre and car park.

The site is popular with dog walkers and families and provide a quiet space to relax.  There is also a disc golf course, one of only two in Shropshire and is completely free to use: https://shropdisc.co.uk/.

There are 3 metres (shallow pools) on the site. The small north pool is joined via a culvert under the footpath to the middle pool which in turn is connected via a channel to the largest south pool.   The largest pool has two small islands in the middle which are a great refuge for wildlife.

The habitat surrounding the pools is largely native deciduous broadleaved woodland including large areas of willows which are managed by the Countryside Team staff and conservation volunteers on a coppice cycle.  The roots of the trees near to and submerged in the pools make good hiding places for amphibians.

Coppicing is an ancient method of woodland management where the stem of quick growing tree species (willow, alder, hazel etc.) is cut at the base.  Because the tree already has a good root system it will grow multiple new stems.  These new stems were historically cut on a cycle to produce goods depending on the diameter and species of the wood being cut.  Products like stakes and binders, hurdle fences, pea sticks and charcoal were common.  The cut stems then regrow again over the next few years making coppicing a very sustainable way of managing trees.  Coppicing can actually increase the longevity of these trees and old coppice stools can be much older than the maiden trees that surround them.

Coppicing also allows light into the woodland, allowing ground plants to temporarily flourish.  The nectar from these plants and the warmer sunny environment encourage butterflies, other insects and in turn birds and small mammals to the area.

As the older crafts and the products grown to source them has waned since the 1900’s, many coppices nationwide have fallen into neglect.  Much of the coppicing done these day is for conservation purposes, with benefit to wildlife being the the main goal for the Countryside Team.  We do use some of the cut coppice where we can in projects such as hedge laying but most of the cut stems are left on site to form dead hedges which are great habitat for wildlife.

The pools support a diverse array of wildlife and are popular with visitors who come to feed the birdlife.  As a consequence there is a diverse range of wildfowl including mute swans who have been known to breed on the site.

The pools are thought to be remnants of the last ice age.  As the glaciers that once covered the whole of the British Isles 10,000 years ago receded north, some large lumps of ice were left behind or ‘calved’.  These lumps of ice were then partially covered by sediment from the glacial meltwater.  When they eventually melted, the ice blocks leave a kettle hole or a depression in the ground which then filled with water creating a shallow lake or pool.

Springfield Mere is located between Wenlock Road and Mereside and shares a boundary with Mereside Primary school to the north.  Pedestrian access can be gained from the gaps in the hedge off Wenlock road or across the fields from the Mereside direction.

There are numerous paths around the mere.  The field side of the mere is a grassy path which can become slippy in winter.  Through the woodland there are a mix of bare earth paths and a new stone path installed in 2020 which raises the path in areas that were previously prone to flooding in winter.

There is a car park near to the Mereside community centre that offers free parking. 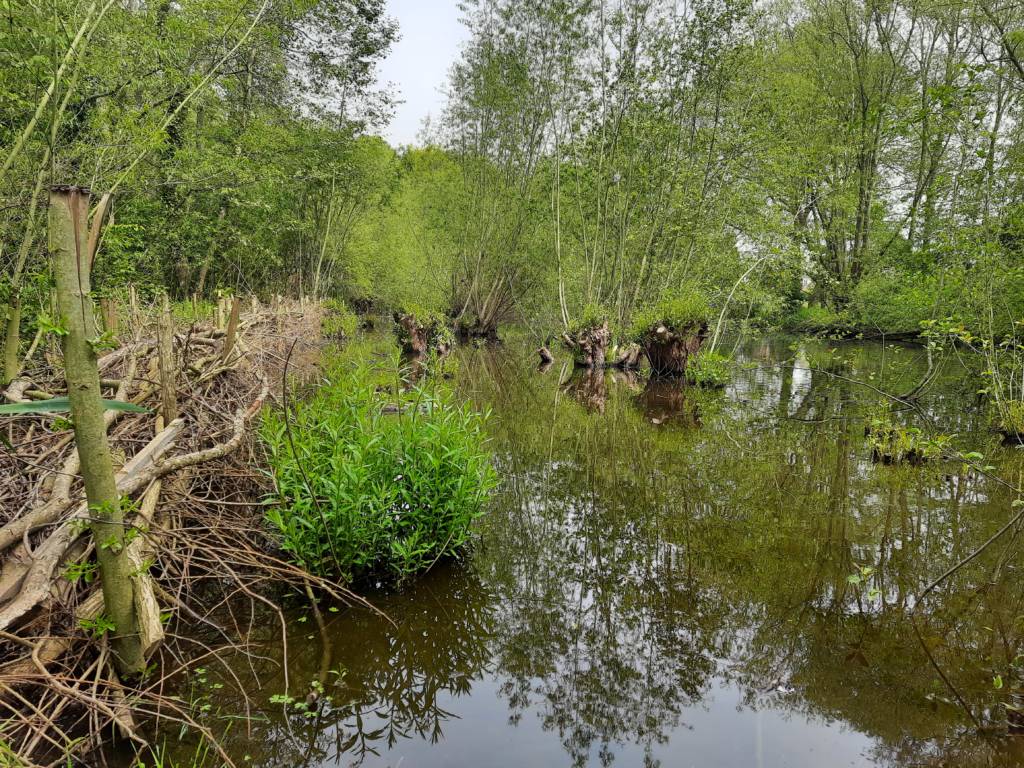