The Rea Brook Valley is an approx. 5km long green corridor through the south of Shrewsbury.  The site is a designated Local Nature Reserve.  It is the largest area managed by Shrewsbury Town Council’s Countryside Team at 36Ha.  As the site takes in such a large area it has value in many aspects, including wildlife, history, outdoor play and education.

The site is an active fishery, managed by Shrewsbury Town Fisheries. You can find out more about fishing the site here.

The site supports a wide variety of habitats.  Many of the compartments are being managed as wildflower meadows, either by grazing or hay making.  Hedgerows are in abundance around these meadows, as well as rough areas of uncut grassland and scrub, usually Blackthorn.  Small wooded areas are frequent, usually dominated by Alder, Hawthorn and Crack Willow with a variety of other species.

Sightings of kingfisher are frequent and they are known to breed on the banks of the brook. Buzzards, kestrels and sparrow hawks are also abundant.  Foxes and badgers have been seen on site.  Reports of otter activity on the brook are common.  The ponds and mill races support populations of frog, toad and newt as well as several species of dragonfly and damselfly. The brook itself supports a number of fish species, including grayling, and brown trout. Recent surveys have recorded over 800 different species of invertebrates within the reserve.

The history of the brook is long and varied with lots of interesting features and local characters.  One of our long time Conservation Volunteers Jay Mitchell has kindly submitted this interesting snippet – “At the time of the Great Plague Shrewsbury was badly affected, so to keep away from the disease business transactions were conducted at Meole and money changing hands was washed before transfer.  This was however done in a ditch and not in the Brook itself but is probably where the name Moneybrook Way originates from”.

There were a number of mills along the brook, powered by the water which was channelled off in ‘leats’. Many of these can still be seen as wet ditches o the edges of the fields.

Rea Brook Valley Local Nature Reserve runs around the south east side of Shrewsbury.  The site extends from Mary Webb Road in Meole Brace and runs approximately 5km north east to Abbey Foregate, where the brook joins with the Severn.  Both sides of the brook form the Local Nature Reserve between Bage Way and White Hart.  The site at Old Potts Way, the Golf Course and Meole Brace only take in one side of the brook.

There are many well used paths and access points across the site.  Some of these paths are public rights of way including an offshoot of the long distance Shropshire Way which joins from the direction of Abbey Foregate and follows the brook along the entire LNR until it splits at Meole Brace.  Part of the Shropshire Way features in the Kingfisher Walk, a loop walk that starts and finishes at Abbey Foregate car park. This can be followed by looking for the blue kingfisher waymarkers. There also many permissive footpaths. Recently installed interpretation panels give more information about the reserve along the route.

Many of the footpaths are accessible year round but some become muddy after heavy rain or flooding so care should be taken when walking on these.

The nature reserve is accessible by car and on foot from various places along its route.  Car parking is available at Abbey Foregate car park, (charges apply), or street parking at other points along the route.

The post code for the start of the site at the north end is SY3 7ET.

We have two leaflets for the Rea Brook Valley Local Nature Reserve. 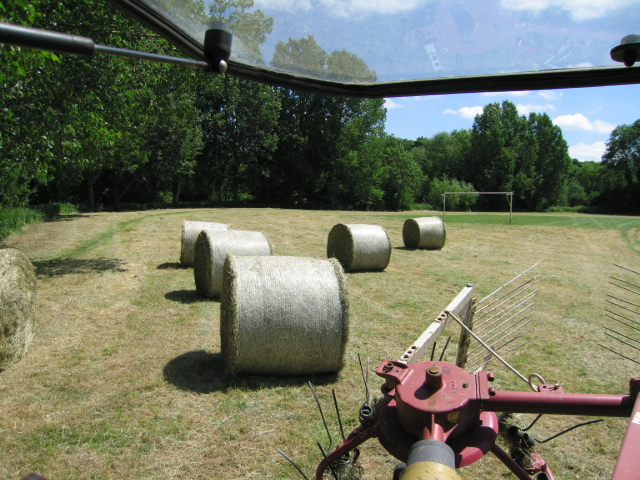