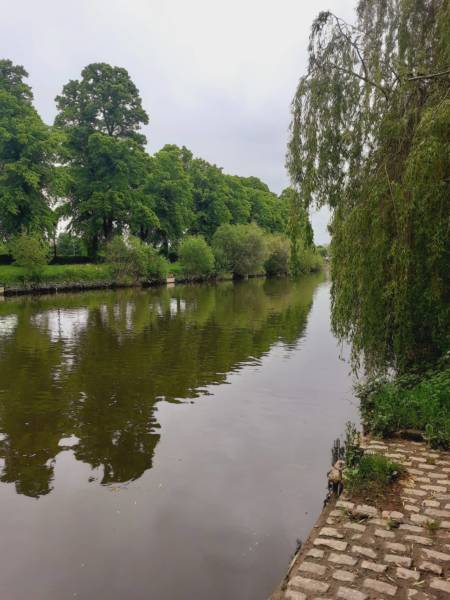 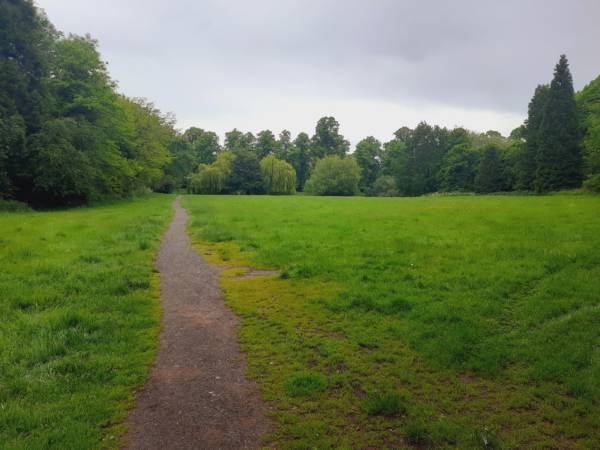 Burrs Field is one the Countryside Team’s more formal areas.  Situated across the river from the Quarry most of the site is amenity grass and is used for overspill parking for the big Quarry events such as the flower show.  The site covers a total of 2.64Ha and forms part of the Shrewsbury town centre Conservation Area.

Around the outside of the site and alongside the brook are areas of woodland.  Some of the tree species on the site are a little more ‘exotic’ than elsewhere with Boxelder maple and Sequioas to be seen.

There is an area of rough grass meadow at the top of the bank. Open grassland is an important habitat and refuge for many species of invertebrates and small mammals.

There are numerous records on the site for wasps, bees & ants (Hymenoptera) and also flies (Diptera) of which the bee fly is one particularly interesting species.

For such cute, fluffy insects, bee-flies have a rather gruesome way of life! Bee-flies lay their eggs into the nests of solitary mining bees.  To do this the adult females collect dust or sand at the tip of their abdomen, using it to coat their eggs, which is thought to provide camouflage and perhaps also add weight to them.  Why do they want them to be heavier? Well, the female next proceeds to find areas of ground where the bees have made nest-burrows, hovering over the burrows to flick her eggs into them.  The added weight from the sand or dust may make it easier to flick the tiny eggs through the air into the burrows.

The bee-fly’s larva hatches, crawls further into the bee burrows and waits for the bee’s own larva to grow to almost full-size, at which point the bee-fly larva attacks the bee larva, feeding on its body fluids and eventually killing it.  This is bad news for the bee of course, but bee-flies and bees have lived side-by-side for many millennia, and there is no evidence that bee-flies cause any major decline in bees.  (Dipterists Forum, 2020)

During the 1800s, Burrs Field was the site of a lead works.  Owned by the Burrs, a London based family of plumbers, they had patented an invention known as the “Burr’s lead squirting press” which made them able to produce lead pipes more cheaply than their competitors.  They produced paint and cosmetics as well as lead shot for gun cartridges.  For the purpose of producing lead shot a 150ft high “shot tower” was built.  The molten lead was passed through a copper sieve at the top of the tower and fell as lead shot balls, dropping into water at the bottom of the tower to harden.

The legacy of lead works is that the site is now too contaminated to be used for anything other than nature conservation.

How to get there?

Burrs Field can be accessed from either end of the riverside footpath, via either Coleham or from the direction of the toll bridge and Becks Field.  The site can also be accessed directly from Kingsland Road.

The main riverside footpath is tarmacked and is accessible all year round except when the river is in flood.  There are two hard standing footpaths from the main path, one goes to the access gate off Kingsland Road and another to the alley leading to Canonbury.  Both paths have been upgraded by our staff and Conservation volunteers in 2019.

The postcode for Kingsland Road is SY3 7AF 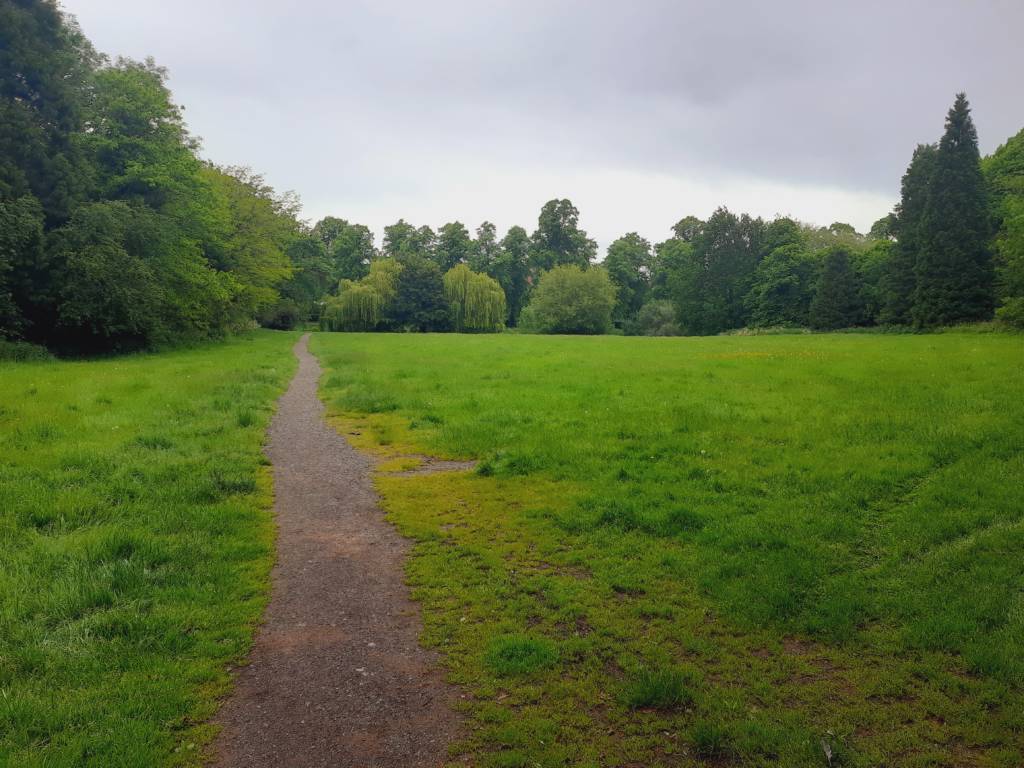