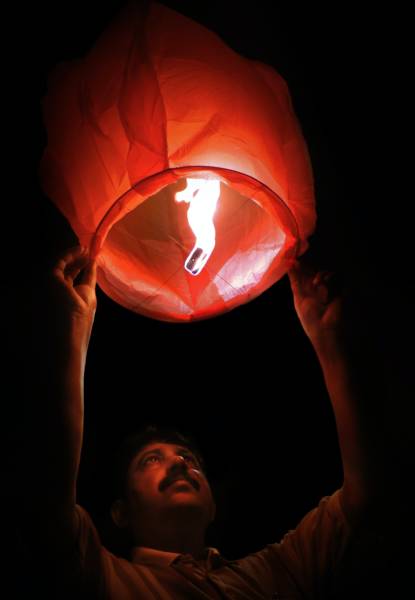 At a meeting of Full Council at the end of last month, Shrewsbury Town Councillors voted unanimously to ban the release of sky lanterns and balloons on its property.

Councillor Rob Wilson, Ward Member for Copthorne, who brought the motion to Council, said: “For many years, the Marine Conservation Society has run a campaign to make sky lantern and balloon releases illegal by classifying this activity as ‘littering’. Unfortunately, little progress has been made in this area and we still have the threat of damage to both the environment and animals.”

The move follows Shropshire Council’s resolution to ban sky lantern and balloon releases on its property in February, whilst Worcestershire has already banned the practice and Hereford has banned sky lantern releases.

Both the RSPCA and The National Farmers’ Union of England have long campaigned for a ban and to make it illegal to release sky lanterns.

Councillor Wilson added: “There has been a concerted effort to get local authorities to prohibit these activities on land they own, and whilst this has had some success around the country with more councils banning them, there is a need to go further.

“Sky lanterns are not only a fire hazard, but a threat to animals, including livestock and they also damage the environment. People may release them with the best of intentions, but once in the air, there is no control over where they float or where they come down.

“We have to encourage people to refrain from this way of celebrating major life events with something more environmentally friendly that will have a more positive impact on wildlife and the environment in our towns and the countryside.”

Whilst some balloons are sold as ‘biodegradable’, it can take up to four years to decompose. This litter can then pose a problem for wildlife potentially ingesting the material, whilst wire from sky lanterns can result in injuries to animals if they become entangled or trapped in it.

The Town Council is looking to request that the Government reclassifies the release of balloons and sky lanterns as ‘littering’, which will help to make the activity illegal throughout the country.

Alternative ideas to the release of balloons and sky lanterns for celebrations can be found on the RSPCA website: